It’s the key to Love, Health and Wealth.

So how much is it worth?

Let’s do the math:

1. It’s a key ingredient in all good relationships, especially marriage.

Many psychotherapists have observed that a sense of humor is the glue that keeps a couple together.

When a couple can no longer laugh together, says Thomas Moore, Ph.D., best-selling author of Care of the Soul, it’s a signal that the soul has gone out of their relationship and they are headed for trouble.

And what is a marriage with a sense of humor worth?

Net Worth. Married couples have the greatest net worth. A family’s net worth is the value of all its assets minus any liabilities it holds. Married men enjoy an income increase called the marriage premium. Married families also tend to save more, have higher net worth, and enjoy greater net worth growth from year to year.

Income decline follows divorce, particularly among women. Divorcing or separating mothers are 2.83 times more likely to be in poverty than those who remain married. Following a divorce, the parent with custody of the children experiences a 52 percent drop in his or her family income. The children of divorced mothers are less likely to earn incomes in the top third of the income distribution, regardless of where in the income distribution their parents’ income fell.

Estimated Value of a sense of humor in your primary relationship: 50%. Half your income and half of your net worth. The median income in the United States is around $50,000. So that is at least $25,000 per year.

2. It reduces stress and stress costs a lot. 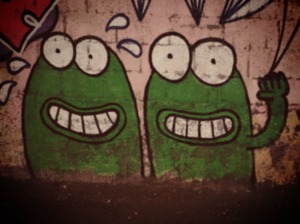 In the United States we spent $9217 per capita in 2008. That was more than $9000 for every man, woman and child—every year. But most of these costs aren’t attributable to everyone—just the sickest Americans. Health problems are attributable to a wide range of causes from poor habits to poverty to old age. One indisputable fact is that stress is one of the most significant factors in poor health.

There are now over 200,000 articles and books about stress. Stressed‐outworkers are less productive, make more mistakes, have more accidents, and are absent more.

SOME OF THE EFFECTS OF STRESS

Your sense of humor directly counteracts stress and it is vital for good health.

Your sense of humor helps to:

People who laugh a lot have lower standing blood pressure than most people. Ina study at the University of Maryland, people with heart disease were 40% less likely to laugh in a variety of situations than people without heart disease. There’s also deep relaxation following laughter, as our heart rate, blood pressure, and muscle tension drop to below normal, and stay below normal for up to 45 minutes.

“If I had no sense of humor I would long ago have committed suicide.” Mahatmas Gandhi

3. It can help depression.

Depression is a national crisis in America. 19 percent of Americans will suffer from depression at some time during their lives. Sadly, depression hits the young and old alike. 50 percent of children and adolescents and 20 percent of adults report some symptoms of depression. People who suffer from depression end up with six-tenths of a year less schooling, an 11 percent decrease in the probability of getting married, and a loss (on average) of $10,400 per year in income by age 50 (Smith & Smith, 2010). In fact, there is a 35 percent decrease in lifetime income–due to depression. The cost for the total group–over one’s lifetime–is estimated at 2.1 trillion dollars (Smith & Smith, 2010). And this does not include the increased cost of medical care that all of us must assume.

The cost of depression (lost productivity and increased medical expenses) is $83 billion each year, which exceeds the costs of the war in Afghanistan (Greenberg, et al., 2003).

Suicide is a serious public health problem. Suicidal depression is usually rooted in mental illness that requires medical attention. Some suicidal depression can be treated with drugs. A large number of cases have been shown to be treatable with cognitive therapy. Effective programs have helped reduce the incidence of suicidal thoughts and have helped some of those suffering from depression to smile again, and to find the broad wisdom and healing perspective that their sense of humor can bring. A sense of humor brings joy and pleasure to life. Joy and pleasure are often effective antidotes to depression that can lead to suicide.

4. Your sense of humor brings home the bacon. 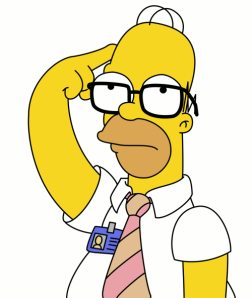 It is well known that unhappy people try to buy happiness. This has led some researchers to conclude that money is what makes people happy. But new research has figured out that it’s the other way around: happiness isn’t just linked to higher income — it’s helps generate it. Money doesn’t really make most people happier, but happier people tend to make more money.

10 Reasons Why Humor Is A Key To Success At Work  http://www.forbes.com/reasons-why-humor-is-a-key-to-success-at-work

So Here It is: Total Annual Value of a Sense of Humor for the Average American: $42,055/year.

Up to 80% of average annual income and wealth depends on a sense of humor.

That leaves less than $8000/year for the average person that has no sense of humor.

Your sense of humor is true wealth.

Over 80% of America’s wealth depends on it.

That means everything: our homes, roads, schools, and national defense.

The food on your table,

the glide in your stride,

the pep in your step.

Everything depends on your sense of humor.

Now get out there make someone laugh.

Our nation is counting on you.

The human race has only one really effective weapon and that is laughter.– Mark Twain

Find your sense of humor and get your own personalized humor feed at LafLife.com